THE HOUSE OF LITE: A transitional home for mothers and their newborns

Maddy Oden  is a great light for the birthing community. Perhaps that’s from where the name for her foundation’s new project, House of Lite was derived. Maddy is founder and CEO of the Tatia Oden French Memorial Foundation, whose mission is “dedicated to empowering women, specifically in the area of childbirth and pregnancy. We are dedicated to saving the lives of those giving life to others.”

Maddy’s deep dedication came with a price, the loss of her beautiful daughter and granddaughter during birth. In December 2001, Tatia Oden French entered a well-known and well-respected hospital to deliver her first child. She was 32 years old, in perfect health, and looking forward to a natural childbirth, without any interventions or drugs. There were no problems during the pregnancy. According to her doctore’s calculations, she was a little under 2 weeks overdue. She was given the drug Cytotec, also known as Misoprostol, to induce her labor. Cytotec was manufactured to treat ulcers. Neither the FDA nor its drug company, Searle, approved the drug to induce labor. In fact, “in August 2000, due to increase of “off label” usage, Searle distributed a letter warning against its use in pregnant women.

In addition to Cytotec being an abortifacient, the letter explains that it can also cause uterine rupture and death associated with using it to induce labor. Tragically, Tatia’s doctors didn’t heed that warning. Ten hours later, Tatia experienced hyper-stimulation of her uterus, a rupturing, an amniotic fluid embolism (AFE) was released. Because baby Zorah was also distressed, the doctors performed an emergency Caesarian Section. Both mother, Tatia, and baby girl Zorah died during surgery. 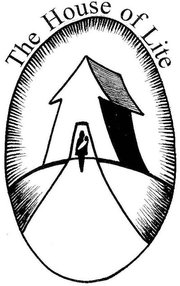 Tatia Oden French Memorial Foundation was formed in March 2003 to “give ALL women of childbearing age complete information concerning medical interventions and drugs which are administered during childbirth. We do this hoping that women may then be able to make FULLY informed decisions regarding the birth of their children.”

Four years after her overwhelming loss, Maddy Oden began to dedicate her life to birth. She became a doula, a volunteer doula, who rarely, if ever, charges for her services. Most of Maddy’s clients are on welfare and lives in areas besieged with violence. One day after visiting an expectant client in west Oakland, Maddy returned home and watched the evening news. A man had been brutally murdered just a block or so from the young mother’s home.

Deep concern overtook Maddy and she resolved that evening to help young expectant mothers living in danger zones, living on assistance, living under extreme conditions. A mother of three herself, Tatia and her brothers, Maddy knew what it was like to rear children in poverty. She was blessed, however, to raise up and be able to provide each of her darlings with a good life and good education. The more she pondered, the more she realized she could do to help lighten their load. And, that’s how Tatia Oden Memorial Foundation began its new project, the House of Lite.

Oakland is about to become home to a new kind of transitional living house. The House of Lite has a single-minded goal, get the mothers off welfare while teaching them how to develop effective life skills that will aid them in living quality lives.

According to Maddy, “Research has shown that ‘where’ you live significantly impacts the quality of life you have. When you change the type of environment a person lives in, it’s much easier for them to be able to change the trajectory path they’re on in their life. Their self image improves and they can do whatever their mind and passion tell them they should be doing for their lives.”

I asked Maddy what makes this transitional house different from others? She replied that it will be located in safe, attractive residential areas like Lake Merritt or Trestle Glen.  It will be close to transportation, fresh food grocers and ancillary services, without the stress and pressure that comes from living in a war-torn neighborhood where violence and gunfire wreak emotional havoc.